The HKN beach social was a time for relaxation and pledge bonding at Magic Island Beach Park. Most people got to the meet up area around 10:30 where we set up near the center of the park. The HKN pledges that participated the event included Kayla Amano, Kevin Cho, Richard Eidswick,  Joslyn Hamada, BeeJay Ines, Nathan Lam, Jaimie Obatake, Janiene Scovell, Leyna Tamaye, Jocelyn Umeda, Kevin Wong, and Tyler Yamauchi. The HKN officers involved included Scott Nishihara, Allie Kim, Taylor Viti, and Mengyuan Wu. Since the event schedule was mostly unstructured it gave the pledges and officers time to choose what they wanted to do: socialize or utilize the various sports equipment available. Members either took turns playing with a volleyball, or throwing a football across the park. Like all beach picnics there were assorted drinks and food that made the event enjoyable for all. It was an assorted selection of soda and juice with food from Gina’s BBQ. About halfway through the event a couple members went to fill up water balloons to hold both a water balloon toss and a water balloon fight. After popping all the water balloons half of the members went to the water to enjoy the beach and skip some rocks on the surface. By the end of the beach time it was the end of the social and everyone made there way back to his or her cars. Overall it was an eventful afternoon with HKN. 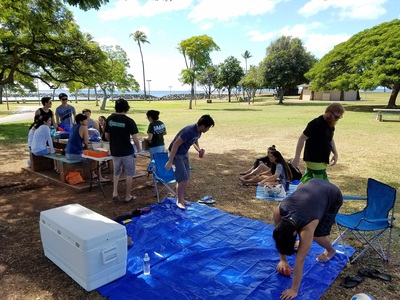 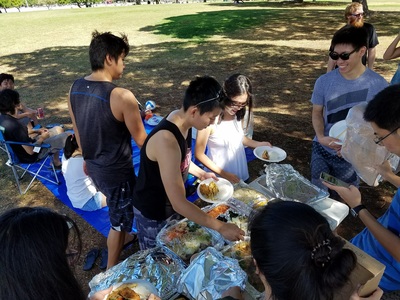 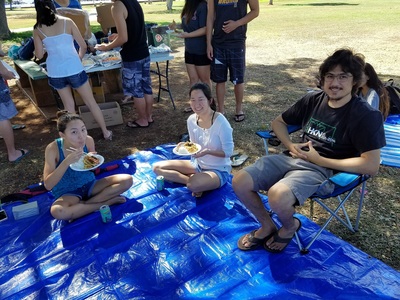 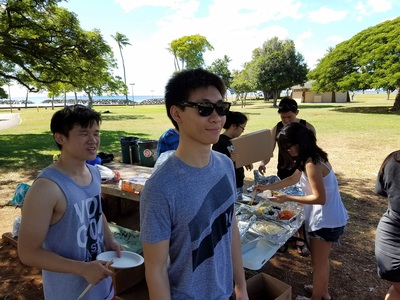 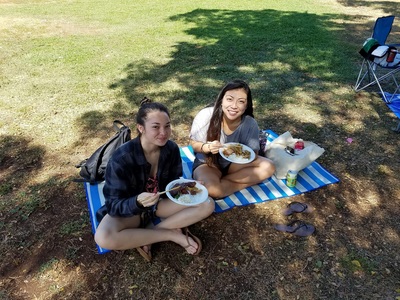 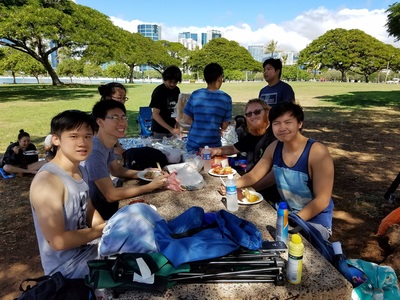 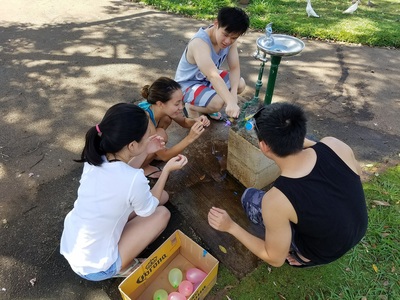 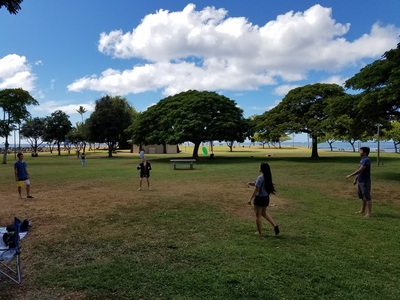 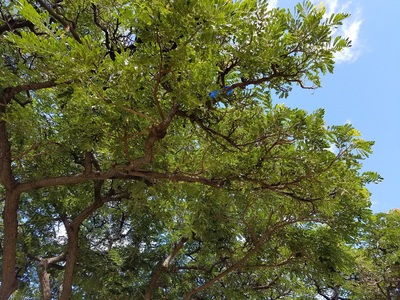 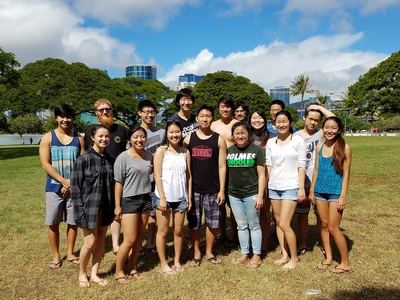