On Sunday March 10, 2019, the HKN Delta-Omega chapter competed in the annual Honors Society Challenge held at Holmes Hall as well as various locations around UH Manoa. This was a chance for the HKN pledges to compete as a team against the other engineering honor societies. First, there was a warm-up/ice breaker game of mafia where we played an elimination/falsing game with random groups. The first true challenge was a picture based scavenger hunt. We were given a packet with pictures of various locations on campus and were to recreate these pictures. HKN managed to find the most objectives. We were not so fortunate in the activities to come. The next one was a jeopardy style trivia game (HKN loses). Next, we had a relay race that had some hula hooping, wheelbarrow racing, and water relaying over spoons... Finally, we lost in a dodgeball tournament. We did, however, win two of the matches and had a fun time during the event.
- Nicholas Whitcomb 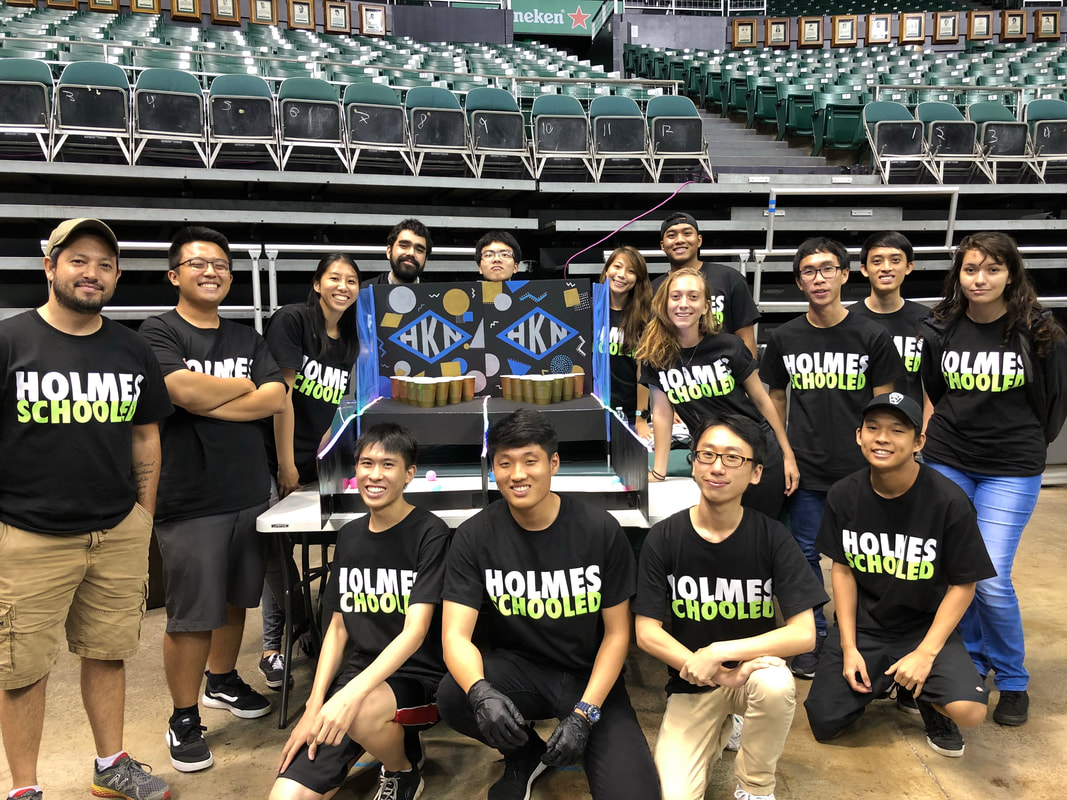